We stayed a week in this campground.  It’s in Lubec Maine,  the most eastern town in the USA.  We had a beautiful view of Lubec Bay. It was very restful which was necessary because….. 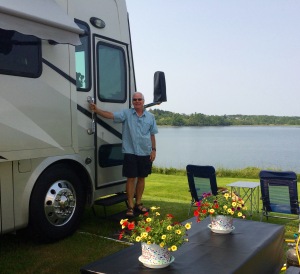 Somewhere along our journey Rose got attacked by a tick.  We never found ‘The Tick’, but I sure got sick a few weeks ago. Fever, chills, rash etc.  A trip to the emergency room in Bar Harbor was inconclusive, maybe a virus they said. (The bill sure won’t be inconclusive) A later trip to a local doctors office also netted no diagnosis other than a mystery virus. We travelled on, but the rash and symptoms got worse.   I finally decided to consult with online doctor practice. After explaining all the symptoms, Dean showed the doc my creepy, blotchy all over body rash, with the iPad. He immediately said I had Lyme disease. He sent a prescription off to the closest pharmacy, which was 28 miles away. Within a few days I was feeling so much better. I’ve been called a Limey before, but this is ridiculous.

To top off the bad luck streak and keep me company in the misery department, Dean tripped over a root while hiking and turned his ankle.  It has been taking a long time to heal, so we have been a pair of old codgers laying about reading and watching movies.

The campground had a good-sized pond with a mini lighthouse. Lot’s of frogs and ducks to watch. 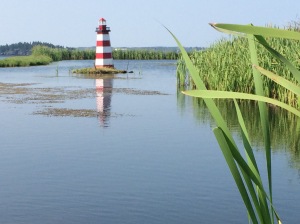 The weather was lovely with pretty sunsets every night. That tiny lighthouse is in Canada just across the bay. 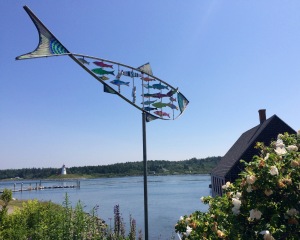 This lighthouse is at the most Eastern point in the USA. Still lots of iris blooming. 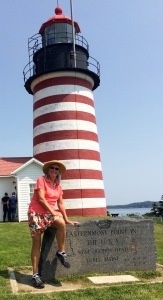 Another nosh up on the lobster.

The other side of the bridge is Campobello Island, Canada.

We drove over for a day to explore the island, and visit Roosevelt Campbell International Park, which is jointly managed by Canada and America.

I thought I would give the old Brit passport a little workout for a change. No problem at the Canadian checkpoint of course.  I thought I might get it stamped, but I don’t think anyone stamps the passports anymore. They just run it through the scanner. 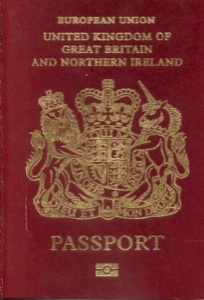 This “cottage” was the summer house for President Franklin and Eleanor Roosevelt. I love the way the very rich talk about their properties. It was very nice anyway.

The USA is on the other side of the bay. 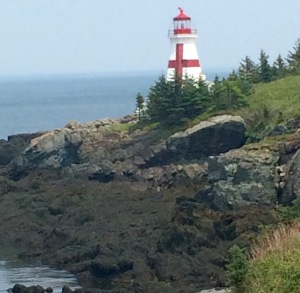 The US border guard was not impressed by my UK passport and demanded to see my alien registration card. After explaining I was also a US citizen, he checked his scanner thingy to confirm. After the scolding, he said to always bring the US passport to get back into the States. I felt like a right twit.

We moved on to Bangor which is a bit inland.  This  giant statue of Paul Bunyon, the fabled lumberjack, is one of Bangor’s highlights. Enough said. 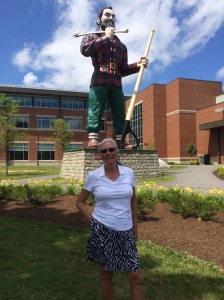 Onwards into the hinterlands of western Maine.  We are staying at a  campground in Podunk for a week as it’s nice and cheap for a change. Also, close to some areas with supposedly good hiking.  Time to see if we both have our strength back. We might have to delay that hiking thing though as we are having a heatwave with high humidity. It feels like we are back in the deep south. On to New Hampshire and the White Mountains next week.